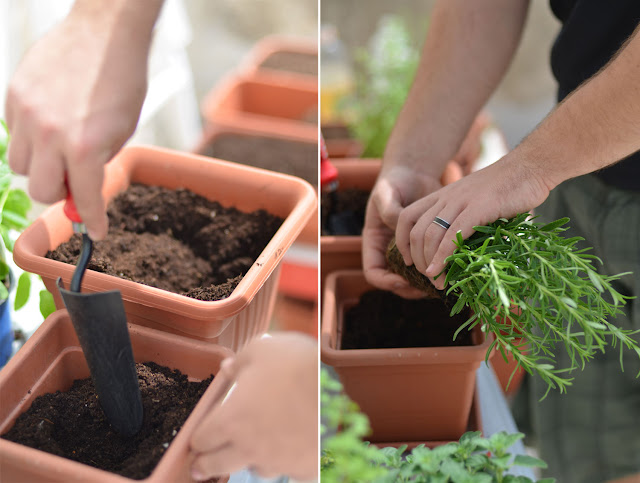 Thanks to my "keen attention" they're all dead now. Even the thyme which, I believe, has survived far worse before. Poor plants. No matter, the gardening store is always happy to receive our money and it's always nice to wonder around those green aisles. You feel like you're in the middle of a jungle. 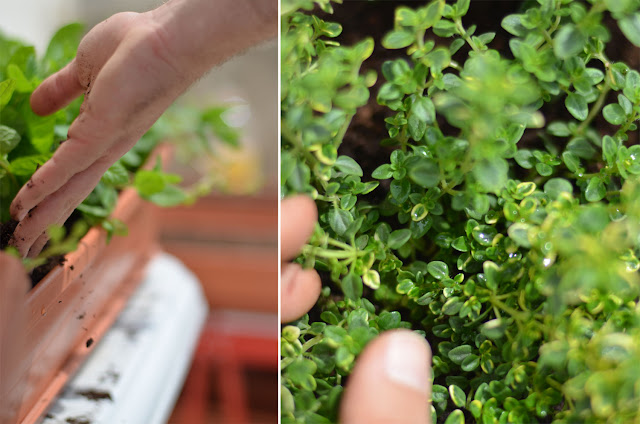 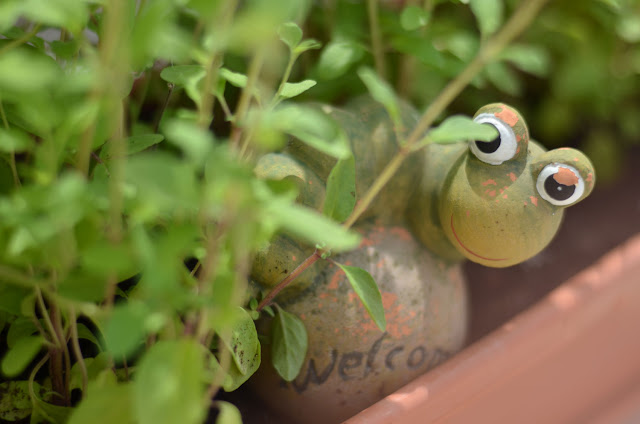 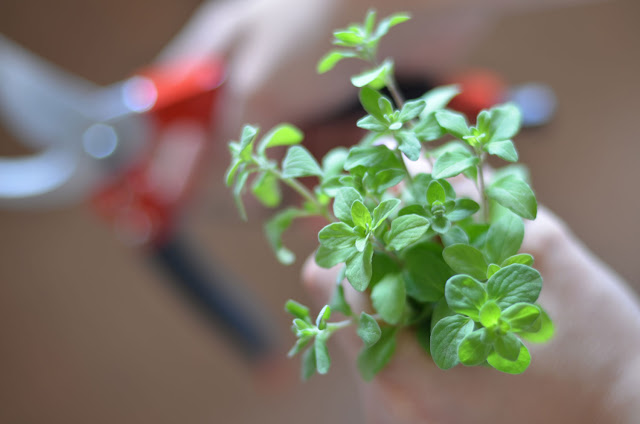 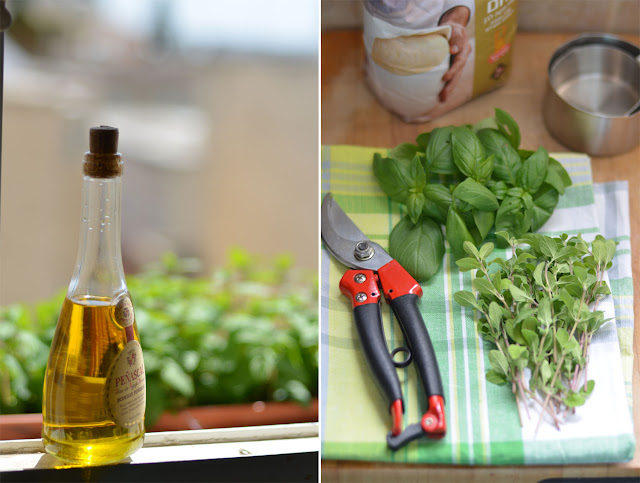 We thought it would be fun to try our luck at video making. I think the result is quite interesting :

It takes me about 4 hours, from start till it's out of the oven, to make this bread. However, the scents that spread throughout the house while it's baking are worth every second of waiting.

Method :
Sift the flour into a large bowl, stir in the salt and sugar so that they spread evenly. Add the yeast and mix again. Add the oil, water and herbs and mix thoroughly till a dough forms.

Knead the dough on a lightly floured surface for about 7 to 10 minutes until it feels smooth and flexible (when in doubt, keep kneading). The dough should be mildly soft but not sticky, it shouldn't leave any residue on your hands as you touch it. If it's too sticky knead in more flour.

Put the dough back into its bowl, sprinkle flour over it and cover with a humid towel. Let it rise in a warm place (I usually put it in the oven on 45C) until it doubles in size, about an hour - an hour and a half.

Knock the air out of the dough. Add the chopped dried tomatoes and knead a little more to spread it evenly into the dough. Shape the dough into a round ball and place it on an oven pan lined with parchment paper. Sprinkle some flour over it and cover with a humid towel (Don't wet the towel too much because it becomes heavy and prevents the dough from rising up nicely). Let it rise once more until it's doubled in size, about 40 minutes.

Place an empty oven pan at the bottom of the oven. About 15 minutes before you're ready to put the loaf in the oven, heat it up to 200C (395F). Using a sharp knife, score the bread before placing it in the oven (I made 3 vertical cuts). Don't worry if you cut a little too deep, it will be just as delicious. Place one cup of boiled water in the empty oven pan you positioned earlier (steam is GOOD!) and bake for about 40-50 minutes until the loaf's crust has hardened and it's golden brown. Place on a rack and allow it to cool completely.

Once it's completely cooled you can cut it up into slices and freeze it! This way, whenever you want a little piece, just put it in the microwave for 20 second for each side and you have a fresh slice of bread!


*Side note: Take care to notice that the same type of flour varies greatly in water absorbing properties between manufacturers and even between seasons. So always have enough flour ready in case the dough is too sticky (you might need to add as much as half a cup extra) or add more water if it's too dry (tablespoons at a time). 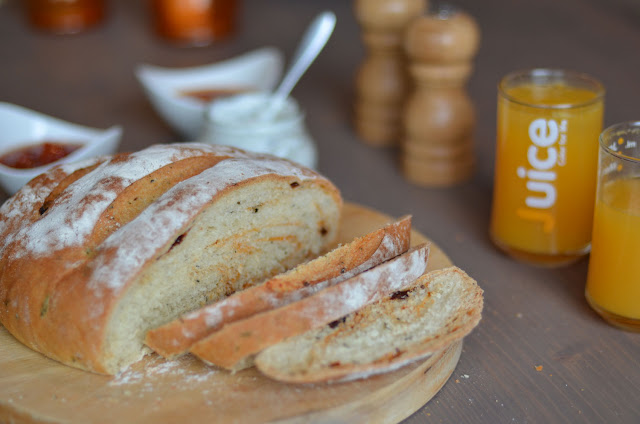 Save this recipe to your Recipe Box --> Yum

I love comments! What's on your mind ?